Classic Amiga vs Next Gen Amiga

For many Classic Amiga users, they are not aware that Amiga continues pushing forward in 2015!

Commodore went bust in 1994, and then Escom and Gateway extinguished hopes of a resurrection of the Amiga platform in the mainstream public eye.

However, development of AmigaOS from v1.0 to the final Commodore Amiga Workbench 3.1 release in 1994 has continued in other hands. AmigaOS3.5 and 3.9 were released by Haage & Partners in the late 1990's for Classic Amiga systems with upgraded 68030 accelerators, cdrom drives and memory expansions installed.

Also in the late 1990's a company called Phase 5 produced PowerPC based accelerators for Classic Amiga systems, and from this base, the porting of AmigaOS from Motorola 680X0 systems to PowerPC began in earnest by various interests!

AmigaOS 4.1 development is by Hyperion Entertainment, and runs on low volume, custom made medium and expensive level PowerPC based AmigaOne computers. These systems are still sold by A-Eon (X1000) and Acube Systems (Sam 440/460). X5000 system is currently in development as a replacement for the X1000, providing an ongoing hardware platform for the foreseeable future.

AmigaOS 4.1 can also be run under WinUAE emulation under Windows PC's and Mac OS X with QEmu PPC plugin, using the version intended for Classic Amigas with PowerPC accelerators. Classic AmigaOS application software can be run natively under AmigaOS 4.1 in many instances. Most Classic Amiga games need the original Classic Amiga hardware to run, and so are run under RunInUAE emulation within AmigaOS4.1.

AmigaOS 4.1 Final Edition is the latest version, which costs around (EURO30) AUD$45 and was released in December 2014. It is available for purchase from AmigaKit, Vesalia and other online shops too. Lots more information about it is located at www.amigaos.net.

MorphOS 3.8 is the latest version released in May 2015, and runs on lower cost older PowerPC Macintosh computers (various models of PowerMac G4/G5, Mac Mini G4, iBook G4 and Powerbook G4) released up until 2005. MorphOS also runs on older Efika and Pegasos systems (no longer made). 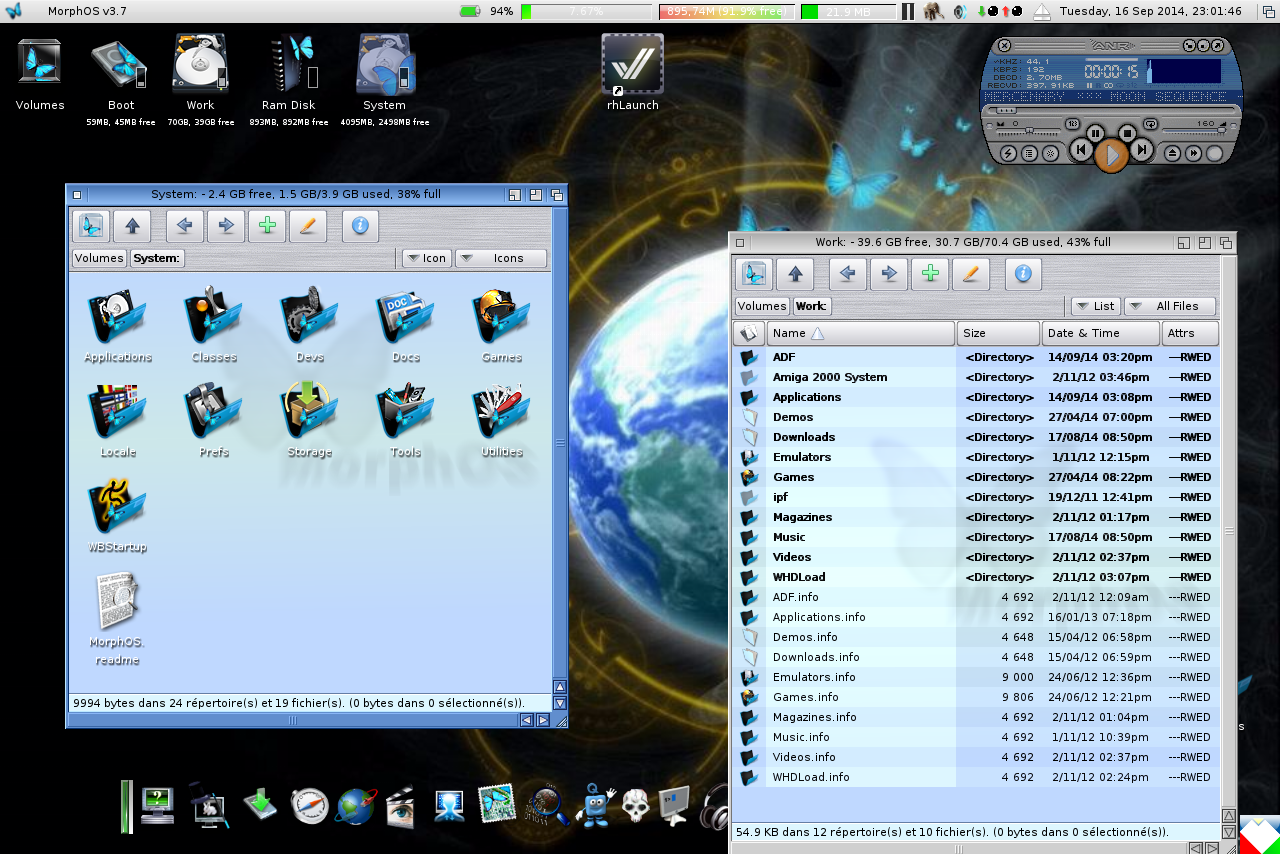 Classic AmigaOS application software can be run natively under MorphOS in many instances and is generally more compatible than AmigaOS4.1 for this. Most Classic Amiga games need the original Classic Amiga hardware to run, and so are run under UAE emulation within MorphOS. 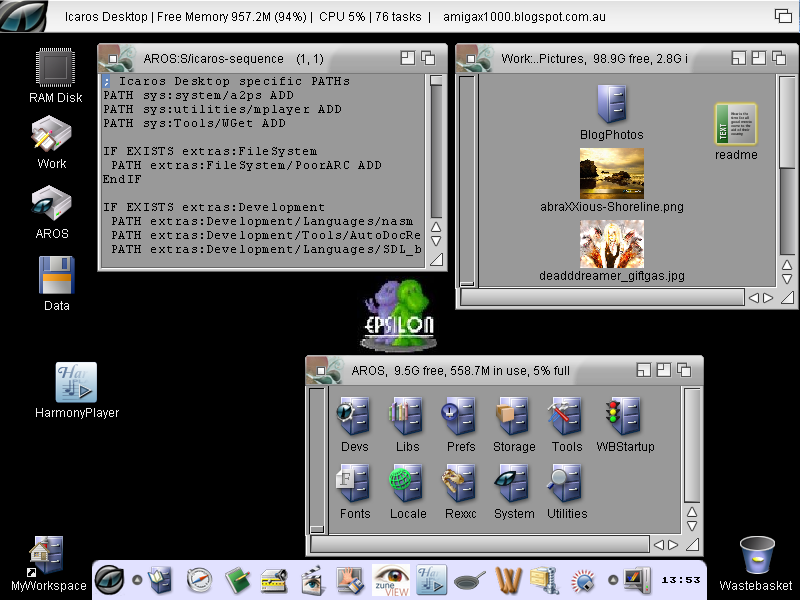 The advantage of AROS is that it is free and runs on cheap Intel PC hardware, making it easy for people to try it out, and can also run in virtual environments under Windows such as VMWare, VirtualBox and more. Development in AROS is generally significantly slower though than AmigaOS4.1 and MorphOS 3.7, with a much smaller suite of software available to run on it.

These upgraded newer AmigaOS based operating systems and the hardware they run on are dubbed as Next Generation Amiga systems. The original Commodore Amiga systems are now classed as Classic Amiga systems.

There are links on this website on the right hand side for forums and sites dedicated to software for these three Next Generation Amiga systems.


Hopefully this post helps demystify the line between Classic Amiga and Next Generation Amiga systems, and the main three ongoing developed operating systems based on Classic AmigaOS.

Development continues in 2015 and whichever Next Generation Amiga system you want to try, they are all fun to play around with!