Last night the Adelaide Amiga User Group organised a special event to mark the 30th Anniversary of the release of the Amiga system.

The Amiga 1000 was the first model released by Commodore in 1985, which makes this system now 30 years old.

Of course, Amiga has come a far way since this date and as this post will demonstrate not only is the classic Amiga scene still thriving, but there has been an on-going resurgence of next-generation systems.

The event kicked off at 7:30pm at the Clarence Park Community Centre located in Black Forest, South Australia.

Persons who attended were encouraged to bring their systems along.

Below is a next-gen Amiga set-up that was brought in by Epsilon.  On the left is a Sam 460CR running AmigaOS 4.1 Final Edition and on the right a Powerbook G4 running MorphOS 3.8.  These systems were connected up via LAN to test a soon to be released "Wings Battlefield" game.  These machines proved quite popular during the course of the night with many attendees constantly questioning and conversing with Epsilon. 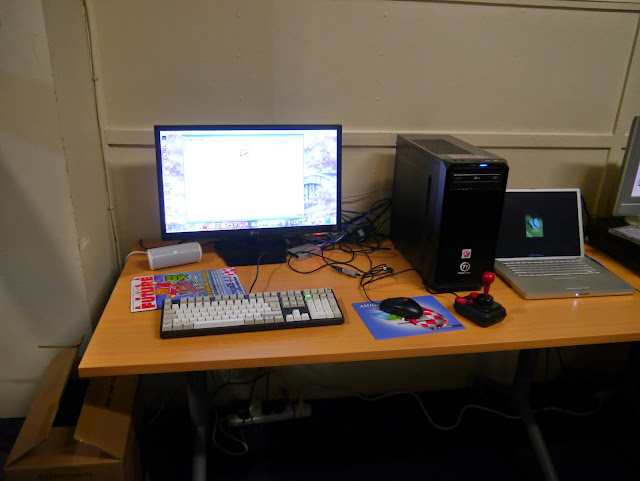 The photo below features another system out of Epsilon's collection, a Commodore CD-TV.  They were released by Commodore in 1991 and are able to function like an Amiga as well as having a CD-ROM drive.  As is seen below, a popular Gotek Floppy Drive Emulator device has been connected to the external port to enable USB software interaction with the system.  Various demo's were played by Epsilon from this machine during the course of the night. 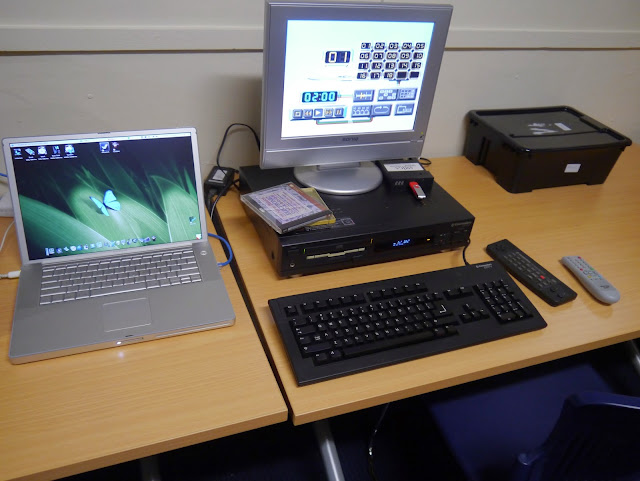 Games were also demoed on the CDTV.  Below is a picture of the remote used for this system.  It is interesting to note that Commodore had originally marketed this system as a multimedia player.  You will notice the common features between an audio player and this system by the buttons on this controller such as "PLAY/PAUSE", "REW", "FF", etc. 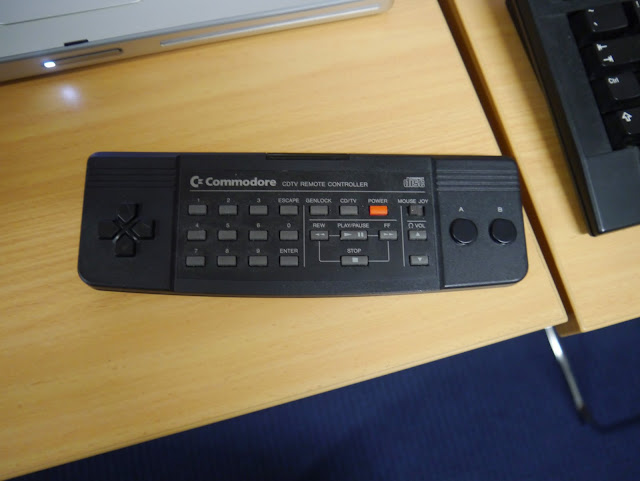 Below is an Amiga 1000 that was set-up.  Interestingly, after power-on, this system booted straight to the well-known "Workbench" start-up screen (the hand holding a Blue floppy disk) rather than first requiring a Kickstart.  It was clear after some investigation that this system was fitted with a well-known Phoenix motherboard, which was designed and manufactured here in Adelaide!  These motherboards feature a Kickstart ROM chip, similar to the Amiga 500. 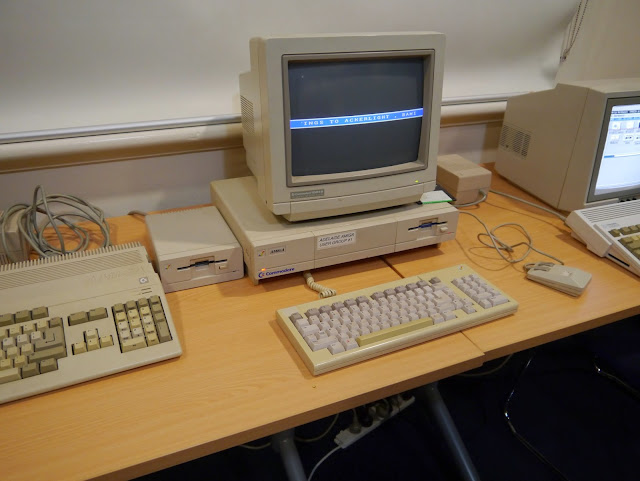 Below is another Classic Amiga system on display - an Amiga 3000 machine.  A display of the workbench screen is seen on the screen.  These systems were released by Commodore in 1990's and succeeded the Amiga 2000.  An Amiga 1200 is also present in the photo. 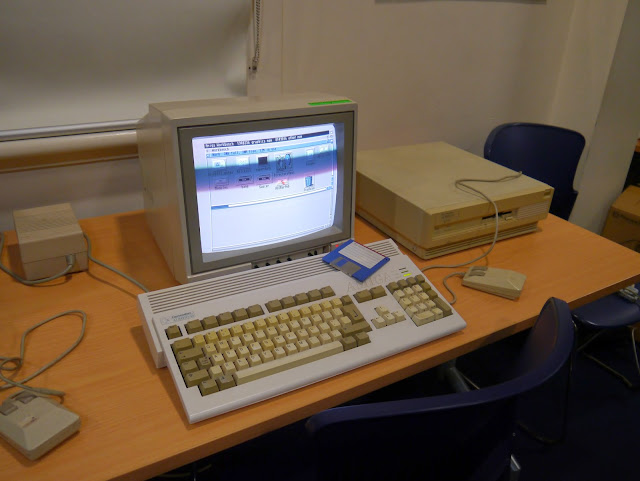 Here is a close-up of the unit itself. 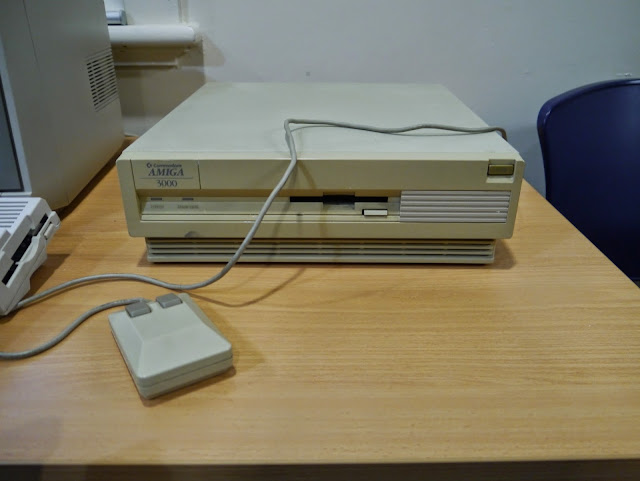 Present below is also an Amiga 500 and to the far left is an Amiga 4000, which was being internally investigated as it had a slight issue with recognising Fast RAM. 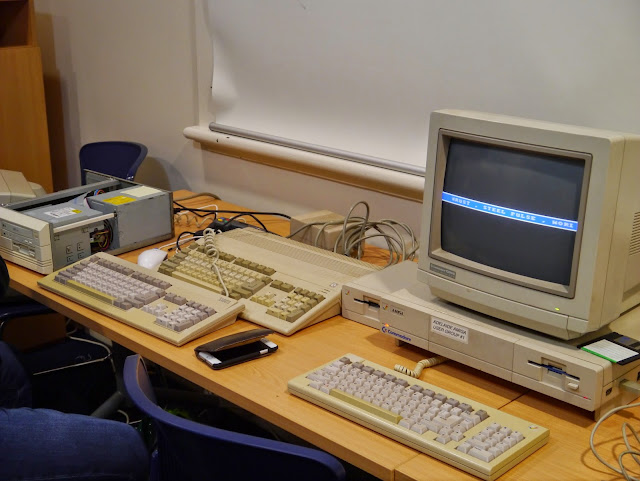 Here is a photo of Epsilon setting up his systems before everyone arrived.  On the right is another George, who was present for the first time and greatly assisted us in setting up the venue and packing up.  A big thank-you is extended to George for his help! 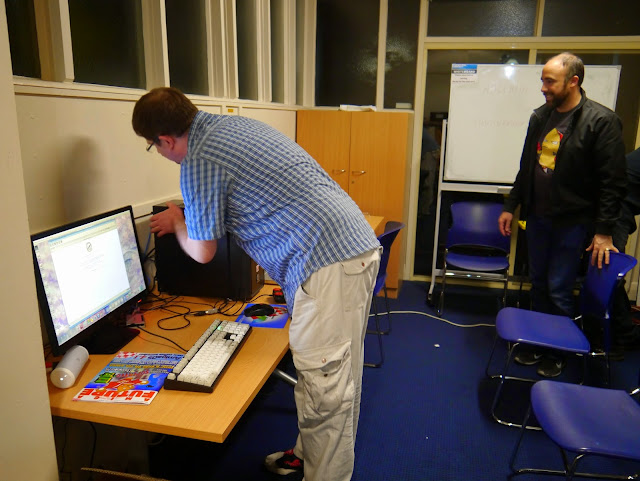 Another interesting classic Amiga setup was brought in by Cam.  It featured an Amiga 1200 and 3000.  The display was quite nicely done.  Credit goes to Cam who traveled 2 hours to attend this event!  He also was present at our former event this year. 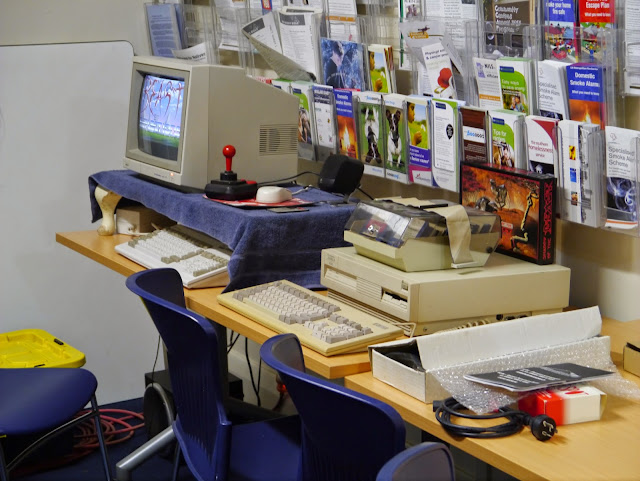 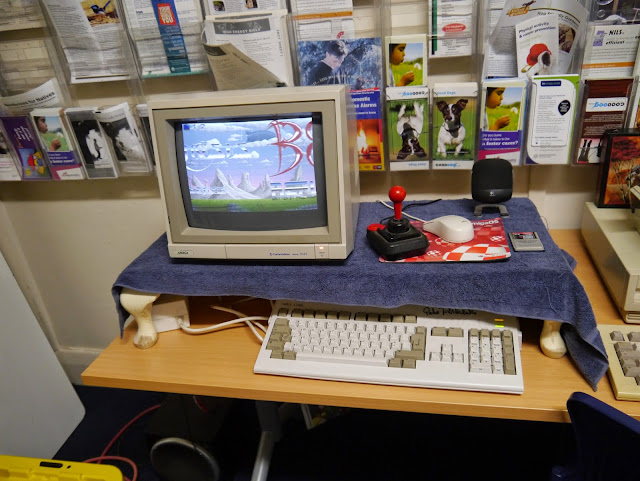 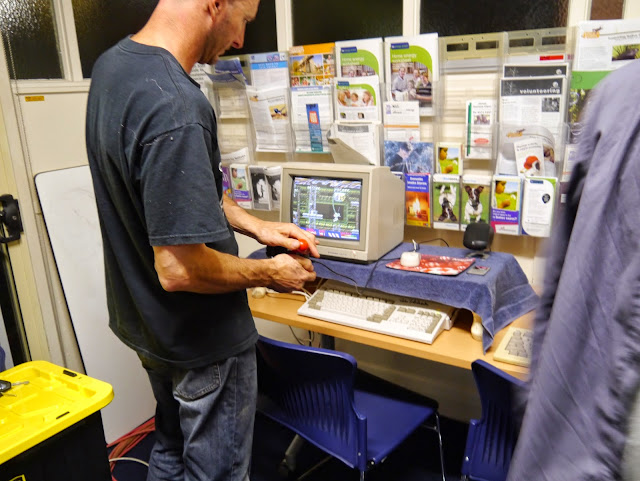 Another interesting system brought in by Ian was a Chameleon 64.  It enabled Ian to virtually emulate a Commodore 64 system on a modern LCD Screen.  This generated much interest amongst people as various classic games that we all remember from childhood were played. 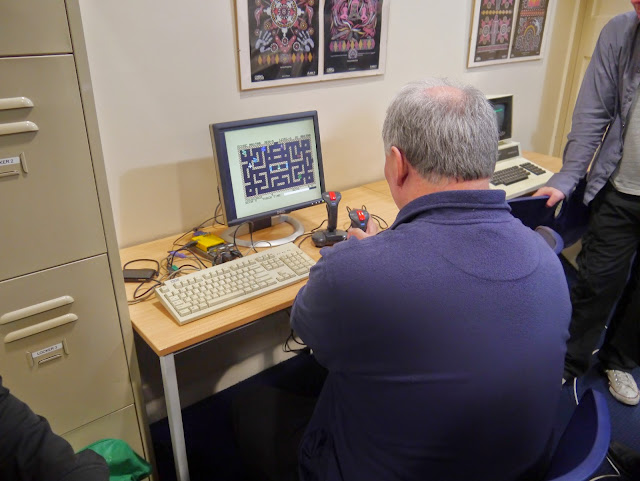 I decided to bring along one of my older systems from my collection - a Commodore 3032 PET machine.  This system was released in 1979 and features 32KB of RAM! 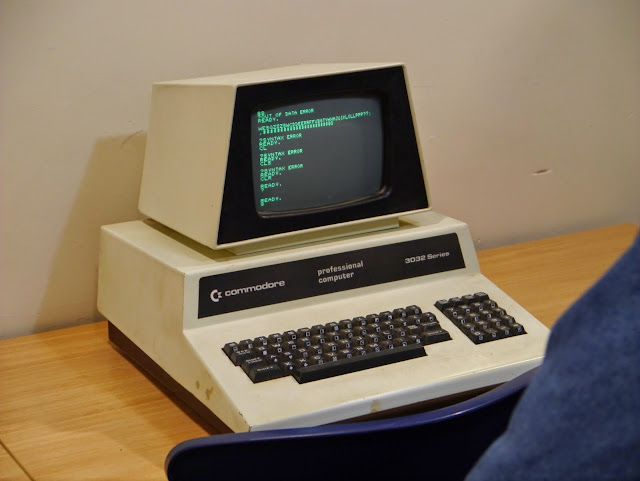 My PET machine seemed to attract quite some attention..

Overall this event proved quite successful and we had around 23 persons who attended.  The room filled up pretty quickly.  There was plenty of discussion amongst everyone and great feedback was received.

I would like to thank the team from Retrospekt for making an appearance during the night and for promoting our event on their facebook site.  I would also like to thank Epsilon for his assistance in creating the User Group's website and for advertising this event.

We are going to hold another event later this year, so keep tuned for further details.

Best wishes and hope to see everyone again later this year.
Posted by George at 18:26