Tiny Launcher - A great front-end for WHDLoad on the Amiga

I thought I’d mention a nice bit of Amiga software that I’ve been using for a while now. It’s called Tiny Launcher and it serves as an attractive front end for WHDLoad games and demos.

The big advantage of a launcher like this is that you never have to dive into Workbench or even plug in a mouse to run your favourite WHDLoad games or demos (you might have two joysticks permanently plugged in for example). Navigation is done with the joystick or arrow keys and when you’re finished with a program it will exit back to the Tiny Launcher interface. Hitting escape will kick you back to the Workbench. 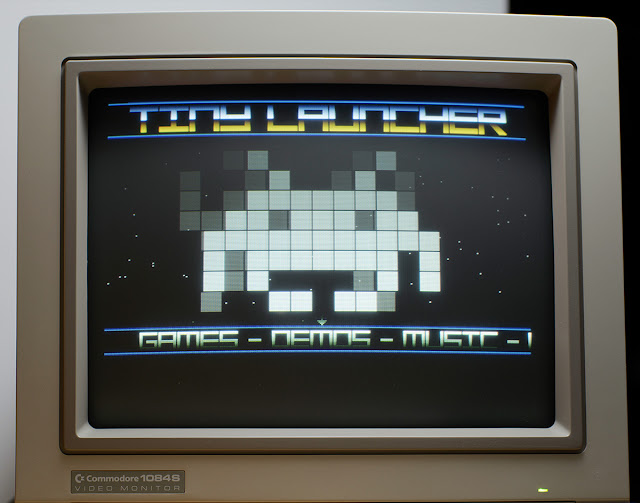 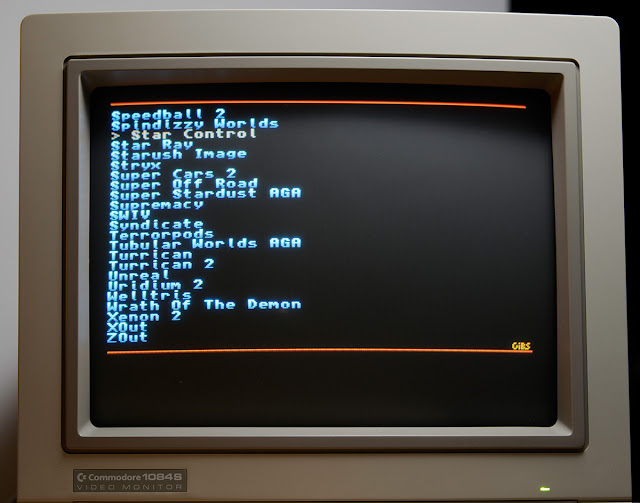 I have the program set to launch on boot. This is achieved with a few simple lines in the start-up sequence or user-startup: 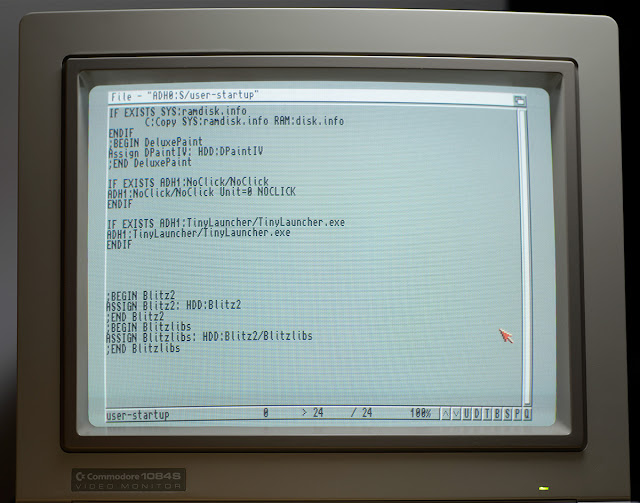 This is the directory I point Tiny Launcher to for games: 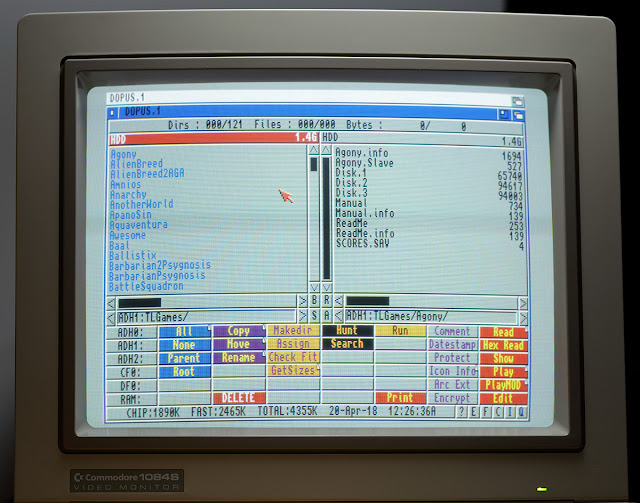 Unfortunately I don’t have the space to keep my Amigas out all the time, but it's nice to know that when I pull my A1200 out of the cupboard its ready to load a quick game without ever having to touch the mouse or engage with the GUI.

Definitely worth a look if you’re a WHDLoad user.

Tiny Launcher is written by Michael Gibs and can be downloaded from Aminet.
Details here: http://ohmygibs.free.fr/ohmygibs/TinyLauncher.html